So, I recently asked myself, can you remember every band you’ve ever seen live? And I wasn’t sure if I could remember them all…so why not try to tally them all up on here, because I’m curious to how many it’d be. Feel free to comment with you own list!

I guess that’s a fairly comprehensive list, only 18 that I can remember. I hope to grow the list even bigger! On the wish list for this year is…… The Lumineers and Langhorn Slim at Red Rocks! I may actually get to this one and I.Can’t.Wait!!! I’m sure there will be many more shows popping up this Fall. Who are you planning to see live this year?

My husband knows just the thing I like for special occasions! He surprised me with tickets to see Gregory Alan Isakov at Smith’s Olde bar last night. It was a superb performance by Isakov and a very cool venue.

The opening performer was Angel Snow and she has some amazing vocals. She sang several of her original songs including “Easing Away” and “Coals and Water”.

Isakov sang several of my favorites songs, including “Master and a Hound”, “Evelyn”, “That Sea the Gambler” and “Stable Song”. He truly has a beautiful voice and his guitar and the accompanying musicians were Ah-mazing!

(Side note…. When your in the car with your significant other and pick on them a little too much, the ultimate torture is to put some Nickleback songs on. Which is what my husband just did to me. Nickleback sucks!!!!!)

The venue, Smith’s Olde Bar was pretty sweet. It’s located in midtown Atlanta and its where several awesome bands got their start, including Kings of Leon. Check on their upcoming events here.

Anyone else out there catch any good performances/concerts lately?

I’m currently working on planing on maybe-possibly-probably-hoping to see the Lumineers and Langhorn Slim at Red Rocks Amphitheater in Morrison, CO this September. Seeing a concert there is so on my bucket list!!! 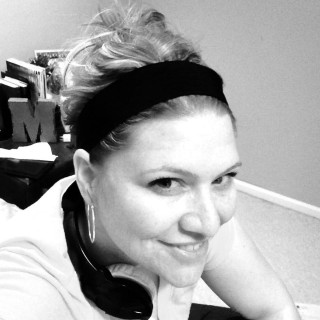 This is your life. Not yesterday. Not tomorrow. Today. I love music, poetry, reading, and spending time with the people I love. I enjoy finding the beauty and the music in everyday life.